I really enjoy macro photography and you can see some of my photos in the insect and flower galleries. It is great fun and there are many subjects available without having to go to exciting or even exotic locations. One of the aspects that I particularly like about macro photography and that appeals to the geek in me is all the exciting gear you can get for it. On this page, I would like to show off some of the gear and provide some hints and links.

I mostly use the AF-S VR Micro-NIKKOR 105mm f/2.8G IF-ED lens for macro and close-up shots. It's a fantastic lens with plenty of working distance to avoid scaring away shy insects. One issue with macro is the seriously small depth of field. There are a number of ways to deal with this, most involve a stable base so that is where I start.

I have a number of tripods, for macro work I mostly use a uniloc tripod or a more conventional Manfrotto tripod. The uniloc tripod has a single curved bent-bolt which controls the legs and column. Furthermore, the column has a hinge which makes it even more flexible and allows very low work. On the other hand, setting up the uniloc can be tricky, getting it back into the bag is even worse. Sometimes it is like wrestling with a mechanical octopus. The Manfrotto tripod is easier to use but not as flexible. I did replace the central column with a shorter one as I very rarely flipped the column to horizontal and rather have the ability to get lower down. I also have a bean bag for really low work. I use a wireless remote control to fire the shutter, again to avoid camera shake. The wireless is ok, although I have lost a number of them already. 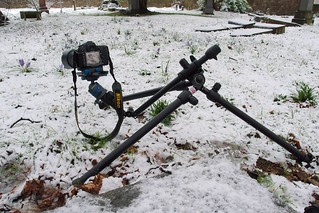 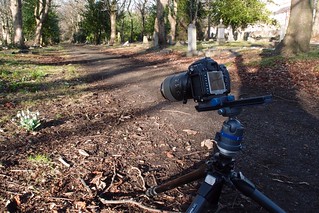 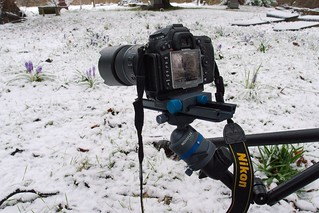 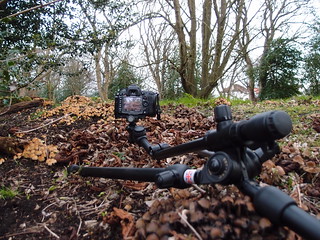 I use ball heads with Arca-Swiss quick release plates. Again, using a ball tripod head together with a Really Right Stuff L-plate, which allows me to mount the camera in either landscape or portrait position, is very flexible. My preferred ball head is the Novoflex Classic Ball 3. It is very easy to use as all functions have a different control - a screw for panning, a ring for setting the friction and a lever to release/tighten the ball. Once tightened it is rock solid. For macro work I quite often also use a focusing rail. This allows me to either select the magnification ratio on the lens and then use the rail for focusing or I can tweak the distance so that I can fill the frame with the subject without having to move the tripod. 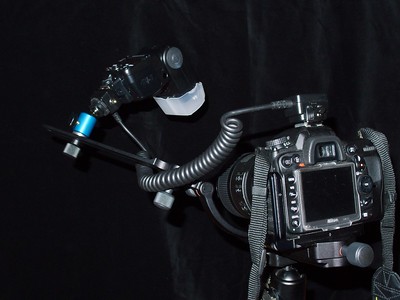 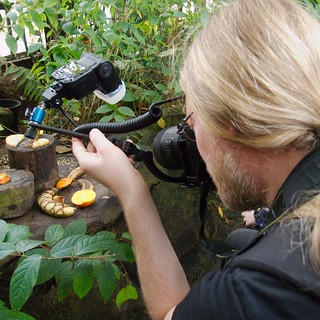 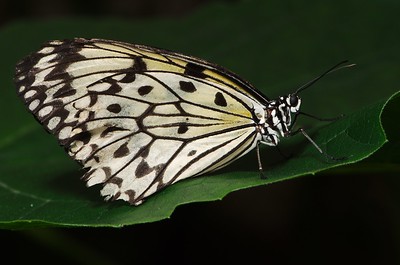 I usually don't use a tripod to chase insects as during the day they are rather skittish. So the shutter speed should be quite small to avoid camera shake (especially with a 105mm tele). You would also like to use a small aperture to increase the depth of field. To get enough light onto the sensor you need to either increase the sensor sensitivity (ie the ISO value) and live with the increased noise or use a flash light. Quite often it is useful to be able to have the light coming from the side to model some shadows. For hand-held macros I use a Kirk flash bracket which also attaches to the L-plate. 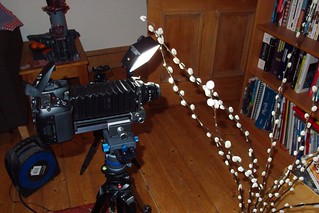 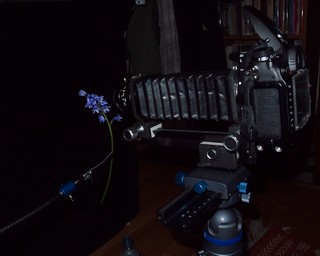 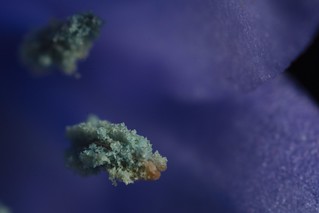 The macro lens allows me to get a magnification factor of up to 1:1. To get even higher magnification I use a bellow with a reverse-mounted enlarger lens. The bellow allows me to change the distance between the lens and the sensor (much like extension tubes would) thus changing the magnification. The image is then focused by changing the distance between the subject and the lens. The bellow swallows a lot of light and a continuous light is really needed to focus. I use a small LED light to focus and then flash for the exposure. I use the rail to move the entire system from left to right to control the frame.

For the home studio, I also use a swan-neck with a clamp to hold subjects or the flash. The flash is usually remote controlled using the Nikon CLS system. Another very useful accessory is a bit of black velvet which is used as background to make the colours of the subject really pop. I also use a number of small reflectors to reduce some of the shadows cast by the flash/sun light. In the field, knitting needles are useful to fix the reflectors. 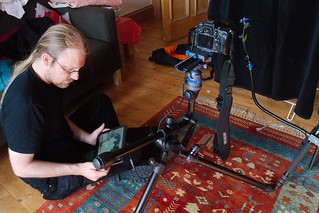 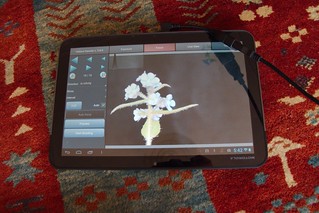 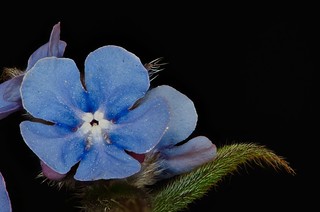 The depth of field can be increased by stacking a number of images with different focal plane. Typically, the lens is moved forwards between each exposure, either manually or automatically with a stepper motor. I use Helicon remote on my Android tablet to remote control my camera. The software slightly changes the focal plane automatically without moving the camera. Once I have the images I use Zerene stacker to combine the images. 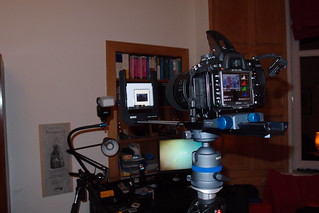 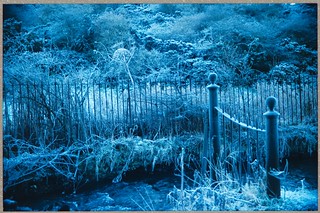 The macro lens is also very handy to digitise old slides. I use the desk lamp to focus and choosing the crop. I then switch off the lamp (or get my very helpful assistant to do so) and use the flash to expose the slide correctly. It works quite well but I still have hundreds of slides to digitise.

Finally, I found the Extreme Macro website really helpful, in particular for choosing the equipment for the bellows and technique. Macro photography is excellent fun but also very addictive. Especially once the desire to get to larger and larger magnifications hits.